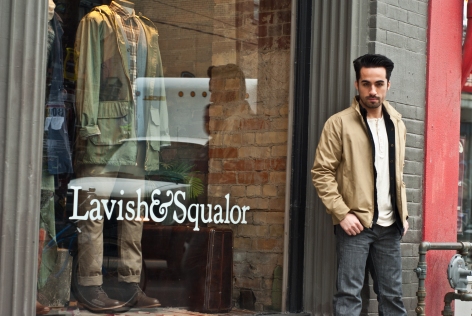 Here at Lavish&Squalor a healthy sense of humour is a must. The history of street fashion has tons of comedic fodder: M.C. Hammer Pants, Golf Visors, Crocs… the list goes on. But fashion is fun because you don’t have to take yourself so seriously. So when MuchMusic’s Eddie Della Siepe came by the store to model some of spring’s freshest looks for men, we jumped at the chance to get him in looks that won’t make his style the laughing stock of Toronto. Our impromptu Photoshoot was styled inhouse by Tenemy and shot by guest photographer Kareen of Electrafire Studios. 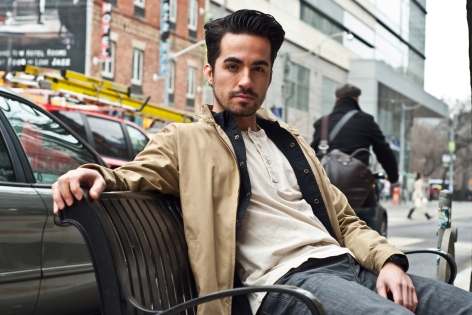 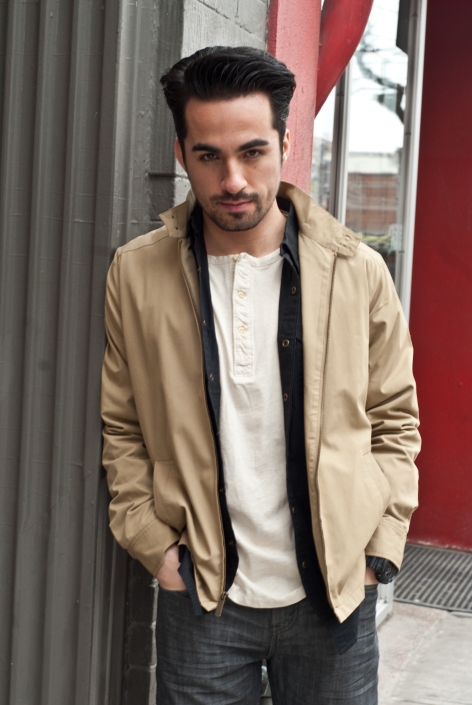 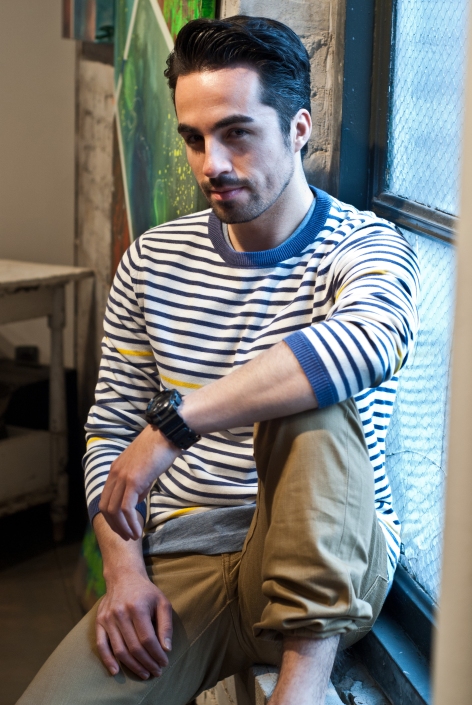 This spring is all about unexpected pops of colour and crisp eco-friendly fabrics. These looks from Brixton and WeSC keeps Eddie looking more smart and sophisticated rather than class clown. Button-up henleys layered under spring jackets will keep any guy warm enough to brave anything from spring weather to tough crowds.

You can see Eddie regularly on MuchMusic on their hit show, Video on Trial, and is currently on tour. Though we have a feeling that this spring, Eddie will have his audience dying with laughter and wondering where he got his looks. But you know where to go: your independent life+style market, Lavish&Squalor.

BIO Eddie Della Siepe stars on MuchMusic’s highest rated show, Video On Trial. With his many episodes of Video On Trial and his appearances on another MuchMusic show: Love Court, has lead to Eddie becoming one of MuchMusic’s most recognizable faces. Eddie has also recorded a Comedy Now stand-up special which has aired on CTV/Comedy Network and tours nationally as a favourite in Comedy Clubs and University campuses.